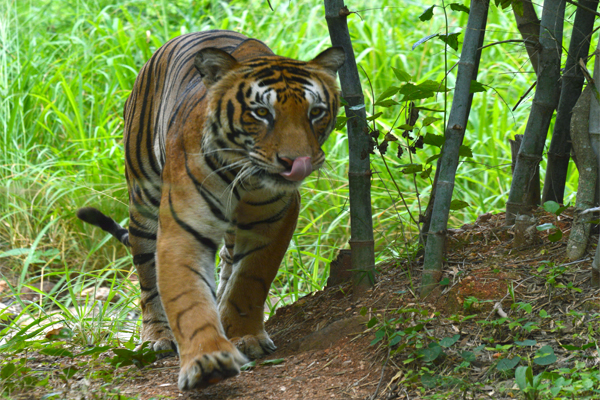 The National Zoo Policy 1998, provides opportunity to all the zoos to function as rescue centre for orphaned, refused, rescued wild animals subject to the availability of appropriate housing and up keeping facilities. This Park is one of the Rescue Centers launched by the Government of India in the year 1999 under Central Zoo Authority for rehabilitation of rescued animals. The park has successfully established the Rescue Center over an area of 17.50 Ha within the Biological Park limits. The Rescue Centre such established started functioning from December 2000 as an off-display area.

The Rescue Center has two wings, one each for Lions and Tiger. The lion block is called as L- block having 12 houses, each house consisting of 6 cages connected to kraal of 1500 Sq m., totally it can house 72 lions. Right opposite to the lion block another semicircular housing complex namely T - block of half of the size of L- block has been constructed for tiger. There are 05 housing units in this block and each of the housing unit has 06 animal holding rooms connected to kraal of 1500 Sq.m, totally it can houses 30 tigers. Presently, 14 (7 male and 7 females) lions rescued from various circuses are housed in this unit. Apart from these aged animals from zoo and safari is also housed in this unit

Rest of the centers is planned to harbor different varieties of trees and plants to create natural surrounding like forest inside the center. The rescue center is further protected by moat as a second line of defense and solar fencing as first line of defense (all round) against elephant since, it is an elephant country 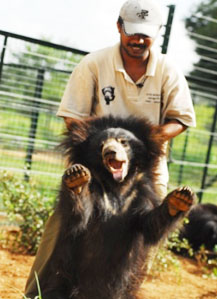 Other organization involved in wildlife conservation

Presently within the existing bear safari an area on 8.00 acres was allowed to use by the Wildlife SOS for providing the maintenance care to the dancing bears rescued from khalandars which have human imprint on them. Wildlife SOS in collaboration with Zoo Authority of Karnataka and Bengaluru Bannerghatta Biological Park's along with their guidance signed a MoU in November 2005 to establish the Bannerghatta Bear Rescue and Rehabilitation Centre (BBRC). The BBRC joint venture project has in its care 78 such rescued dancing sloth bears who have been rehabilitated. Wildlife SOS has a dedicated team of 15 full time staff and two full time wildlife veterinary officers. Over 50% of the staff at the center belongs to Kalandar families. BBRC being a rescue centre is off display to the public

The tigers rescued from European Circuses are housed in the Born Free Foundation (BFF), a lifetime facility. BFF being a rescue centre, is off display to the public. At present there is one tiger viz., Roque (a male Sumatran tiger) aged about 14 years.Presently the BFF unit is maintained by the Bengaluru Bannerghatta Biological Park authorities. 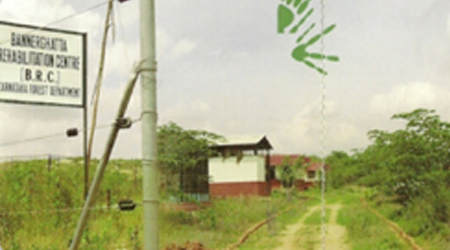 Bannerghatta Rescue Center (BRC) is an animals’ raring facility for the rescued wild animals by the CUPA activists in and around Bengaluru city. This center was started in the year 2001-02 over an area of 2.93 ha in the premises allotted by BBP in the eastern corner near Byrappanahalli. This is being managed by the Wildlife Rescue and Rehabilitation Center (WRRC).